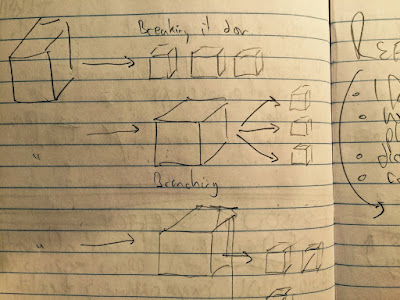 "Computer science is no more about computers than astronomy is about telescopes." --Edsger Dijkstra: I have dipped my toe into computer science recently. I have always been a computer user, for as long as I have had access to one, starting in the seventies. I have used, abused, broken, and repaired my machines, but never really understood what was actually under the hood, so to speak. So last spring I joined some of my students at a local college for a dual enrollment high school college introduction to Java programming. I had to get special permission from my boss and the bosses at the college to parallel enroll me as an adult along side these 15-18 year-olds. I enjoyed it enough to take another course in the summer, this time in the programming language Python. I loved it! Meanwhile I was in a crash course to get trained to instruct an introduction to computer science. Eighty hours of training later and countless nights reading and rehearsing curriculum I have learned a fair amount. And it is by far some of the most fun I have had teaching in a long time.


The word "algorithm" comes from the name of Persian mathematician al-Khwarizmi, author of a ninth-century book of techniques for doing mathematics by hand. (His book was called al-Jabr wa'l-Muqabala—and the "al-jabr" of the title in turn provides the source of our word "algebra.") The earliest known mathematical algorithms, however, predate even al-Khwarizmi's work: a four-thousand-year-old Sumerian clay tablet found near Baghdad describes a scheme for long division.

A video about what might be the next step for my students. Creating apps that change the world:

Posted by Brother Pete at 11:25 AM No comments:

One moment then, before,
I shut my outer doors,
gazing inward with a tug,
I didn't find much when I looked...

Posted by Brother Pete at 4:39 PM No comments: 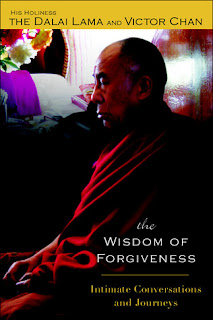 “If we think only of ourselves, forget about other people, then our minds occupy very small area. Inside that small area, even tiny problem appears very big. But the moment you develop a sense of concern for others, you realize that, just like ourselves, they also want happiness; they also want satisfaction. When you have this sense of concern, your mind automatically widens. At this point, your own problems, even big problems, will not be so significant. The result? Big increase in peace of mind. So, if you think only of yourself, only your own happiness, the result is actually less happiness. You get more anxiety, more fear.”

"So take your shower, shine your shoes, you got no time to lose. You are young and you must be living" --Dispatch:

"...start off by making your bed." --Admiral William H. McRaven:

In 2014 United States Navy admiral William H. McRaven delivered a commencement speech which "went viral" much like David Foster Wallace's "This Is Water" speech in 2005 at Kenyon College. McRaven has refined his message and written a book expanding on his words. The video has been viewed many millions of times now on YouTube and GoalCasts's Facebook page. I am particularly interested in the very beginning of his speech, which I have made bold in the transcript that follows. Much of Admiral McRaven's words are inspirational wisdom, but at the start he advises a simple act of doing: making your bed. Transcript:


If you want to change the world, start off by making your bed. If you make your bed every morning, you will have accomplished the first task of the day. It will give you a small sense of pride, and will encourage you to do another task, and another, and another. By the end of the day, that one task completed will have turned into many tasks completed. Make your bed will also reinforce the fact that the little things in life matter. If you can’t do the little things right, you’ll never be able to do the big things right. If, by chance, you have a miserable day, you will come home to a bed that is made. That you made. And a made bed gives you encouragement that tomorrow will be better.

To pass SEAL training, there are a series of long swims that must be completed. One is the night swim. Before the swim, the instructors joyfully brief the students on all the species of sharks that inhabit the waters off San Clemente. They assure you, however, that no student has ever been eaten by a shark. At least not that they can remember. But you are also taught that if a shark begins to circle your position, stand your ground. Do not swim away. Do not act afraid. If the shark, hungry for a midnight snack, darts towards you, then summon up all your strength and punch him in the snout, and he will turn and swim away. There are a lot of sharks in the world. If you hope to complete the swim, you will have to deal with them. If you want to change the world, don’t back down from the sharks.

Over a few weeks of difficult training, my SEAL class, which started with 150 men, was down to just 42. There are now six boat crews of seven men each. I was in the boat with a tall guys, but the best boat crew we had was made up of little guys, the munchkin crew, we called them. No one was over five foot five. The munchkin boat crew had one American Indian, one African American, one Polish American, one Greek American, one Italian American, and two tough kids from the Midwest. The out-paddled, out-ran, and out-swam all the other boat crews. The big men in the other boat crews would always make good natured fun of the tiny, little flippers the munchkins put on their tiny, little feet prior to every swim. But somehow these little guys, from every corner of the nation in the world, always had the last laugh, swimming faster than everyone and reaching the shore long before the rest of us.

The ninth week of training is referred to as Hell Week. Is it six days of no sleep, constant mental and physical harassment, and one special day at the mud flats. The mud flats are an area between San Diego and Tijuana, where the water runs off and creates the Tijuana sloughs, a swampy patch of terrain where the mud will engulf you.

It is on Wednesday of Hell Week that you paddle down to the mud flats and spend the next 15 hours trying to survive the freezing cold, the howling wind, and the incessant pressure to quit from the instructors. As the sun began to set that Wednesday evening, my training class, having committed some egregious infraction of the rules, was ordered into the mud. The mud consumed each man until there was nothing visible but our heads. The instructors told us we could leave the mud if only five men would quit. Only five men. Just five men and we could get out of the oppressive cold. Looking around the mud flat, it was apparent that some students were about to give up. There were still over eight hours until the sun came up. Eight more hours of bone-chilling cold. The chattering teeth and shivering moans of the trainees were so loud, it was hard to hear anything.

Then one voice began to echo through the night. One voice raised in song. The song was terribly out of tune, but sung with great enthusiasm. One voice became two. And two became three. And before long, everyone in the class was singing. The instructors threatened us with more time in the mud if we kept up the singing, but the singing persisted. And somehow, the mud seemed a little warmer, and the wind a little tamer, and the dawn not so far away.

If I have learned anything in my time traveling the world, it is the power of hope. The power of one person. A Washington, a Lincoln, King, Mandela, and even the young girl from Pakistan, Malala. One person can change the world by giving people hope. So if you want to change the world, start each day with a task completed. Find someone to help you through life. Respect everyone. Know that life is not fair, that you will fail often. But if you take some risks, step up when the times are the toughest, face down the bullies, lift up the downtrodden, and never, ever give up, if you do these things, the next generation and the generations that follow will live in a world far better than the one we have today. And what started here will, indeed, have changed the world for the better.